- October 28, 2018
Rowandale School was so lucky to end the second week of school with a bang with the performance of "Red Ridding Robbin Hood" by the New Zealand Playhouse.

Here is a blurb about what the show was all about:


King George has lost the plot! In his never-ending quest to build bigger palaces, giant walls and enormous statues of himself he has raised the Land Far Far Away tax rate to 101%! Jack and Jill can’t afford to get a pail of water, Little-Bo-Peep has to sell her sheep, and even the Princess is so hungry she ate the pea.
When even the bravest of Knights are too scared to stand up to him, the Land Far Far Away cries out for a hero to put a stop to the madness of the King.
Luckily their cries are heard by a mysterious red hooded figure with a bow and arrow, a basket of goodies and some very unlikely ‘Big Bad’ backup.
As well as a performance that will have you laughing all the way through, the play will challenge your students to think about traditional gender roles, bravery and standing up for what's right.

Here are some of the characters that we captured! 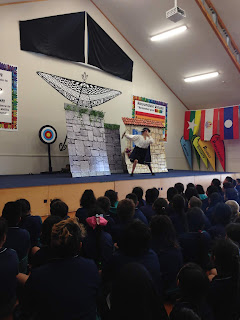 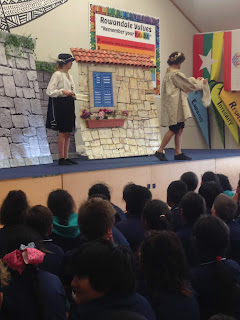 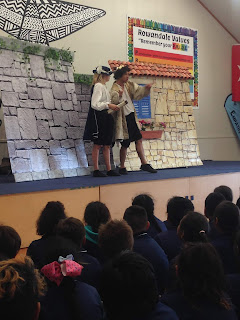 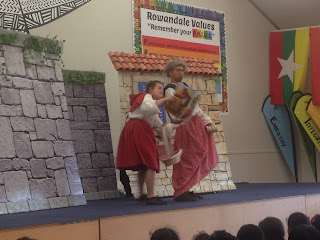 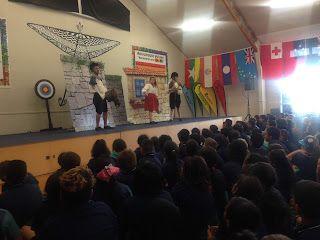 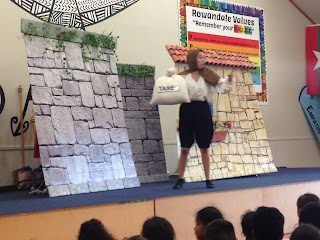 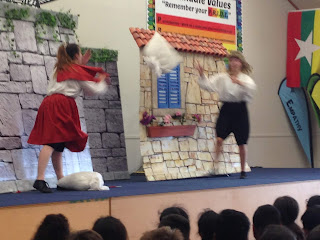 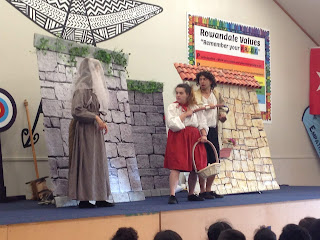 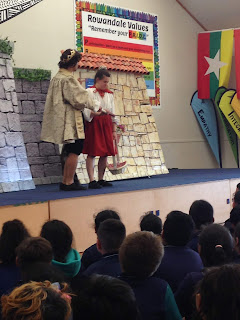 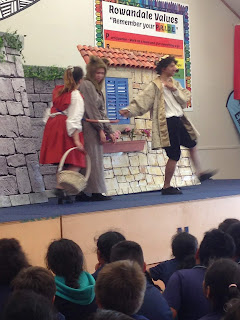 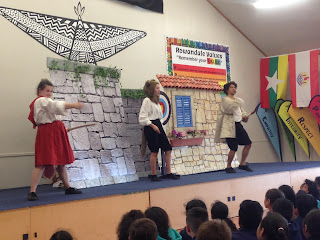 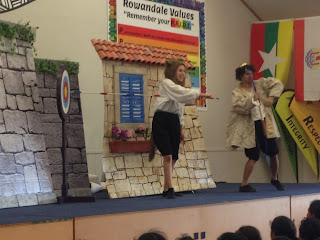 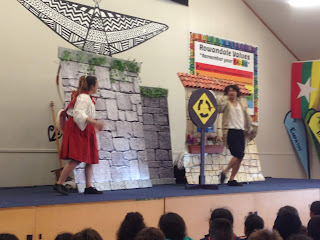 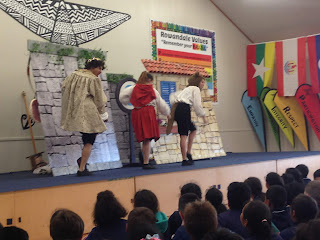 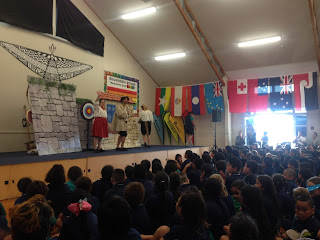 When we reflected about the play in our classroom we had these ideas:

Popular posts from this blog 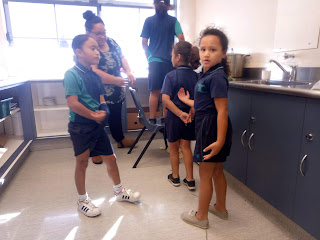 On Thursday after morning tea we went to the hall to do our samoan language booklet and to make Koko Alaisa. Mrs Lolo helped us to make Koko Alaisa in the kitchen. We used rice, coconut cream, koko, lemon leaves and sugar.  First we had to wash the rice. Second, we tipped the water out and then put the pot on the stove.  Third, we cut up the Koko and then Mrs Lolo put some sugar into the pot then she stirred it.  Fourth, we put in the coconut cream and the lemon leaves.   The Koko Alaisa tasted different - Sylvia  The Koko Alaisa tasted like Rice - Nevaeh The Koko Alaisa tasted like cocoa - Taileecia We had to wait for the Koko Alaisa to cool down because it was very hot! When we finished eating out Koko Alaisa we were dancing to Savalivali Maia. We learnt this dance in the classroom and we learnt the girls and boys actions.    Here are some of the students in our class in their traditional clothes we think they look pretty and c
Read more 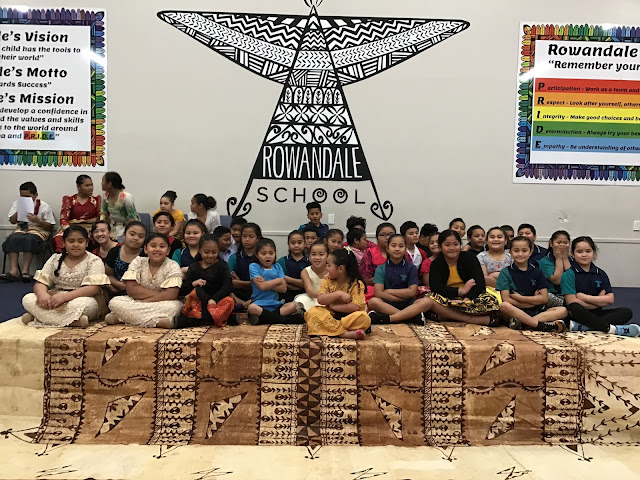 What a privilege it was to be able to show our support of one of the many pacific cultures we have at Rowandale School.  Such a great start to the week with the opening ceremony where we learnt about some of the traditional clothes and practices that the people of Tonga participate in.  We learnt about the Taovala and how there are different mats that are worn to certain occasions. One of the occasions Taovalas would be worn would be to church to show respect for the traditions of their forefathers.   The girls were adorned with dancing Taovalas and Kahoa which are necklaces made out of shells. Their bodies were sparkling and their smiles confirmed the love and pride they had for their culture.  Jessie Ilavalu the only performer from Aroha 6 looking gorgeous   One of the challenges we had was to make a Kiekie or a Fakahaapai to wear to the assembly on Friday. This was our attempt, we used ribbons and tapa cloth for the waste b
Read more 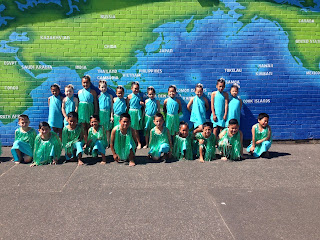 What a week it was being back at school and then getting straight into the swing of things with a double language week:  -Diwali Festivities and  -Niue Language Week! Our class had been practising for a while to ensure our performance was up to standard. Here's a clip for you to hear what you think. We really enjoyed learning about Miss Ngtuakana's and Mrs Lolo's culture and found great joy in learning about how to scrape a coconut and how coconut cream is made. Here's our efforts below.
Read more